RapidSpike Connect Anything (RCA) is my favourite least used product. We use it for loads of stuff internally, but it often gets overlooked by our customers. But as a developer, whenever I see a slightly obscure API, I can’t resist having a play with it to get the data into RCA, just to prove we can monitor anything.

This time it was the Near Earth Object Web Service by NASA. A data feed that lets us know how close Asteroids are from Earth and if they’re considered “potentially hazardous”. My thoughts were to plug this into RCA and set up an alert to send me a Slack message if we’re facing annihilation.

After setting up my RCA monitor in RapidSpike, I whipped up a quick script to pull data from the NASA API and send it to the monitor:

First, the script gets the data from NASA’s Public API. After getting the data the script loops over the data and counts how many asteroids are flagged as potentially hazardous and also calculates the closest asteroid to Earth. The rest simply packages up this information and POSTs it to RapidSpike.

RCA then logs the data in the RapidSpike app: 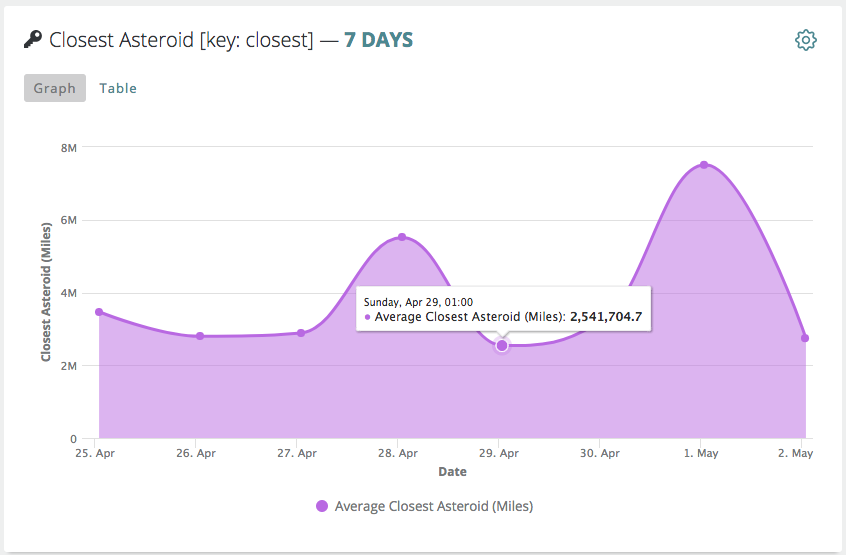 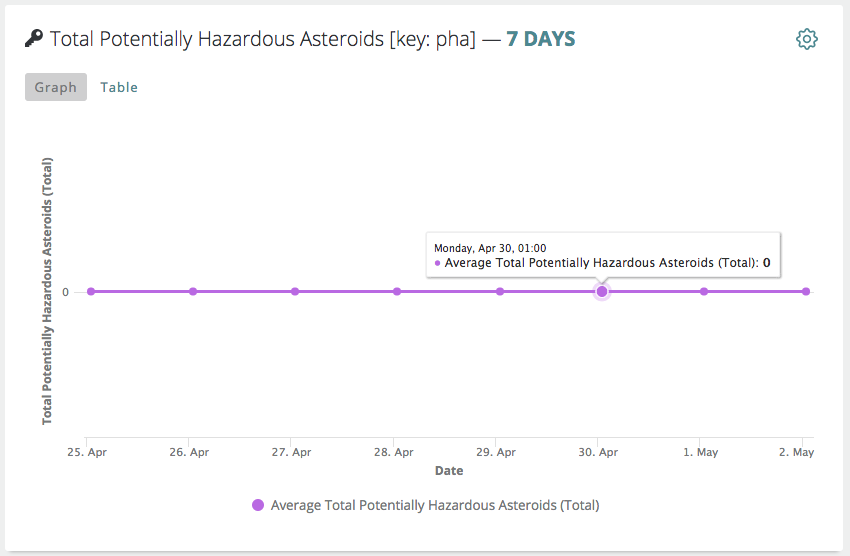 What to do with the data

The RCA monitor shortly starts to produce some excellent and very clear graphs. This is all very good, and makes for some pretty dashboards. However in a world-ending scenario, I need to find out about the hazardous asteroid as soon as possible. This is where RapidSpike alerts come in.

Next, I created a notification rule to alert me if there were any potentially hazardous astroids headed our way: 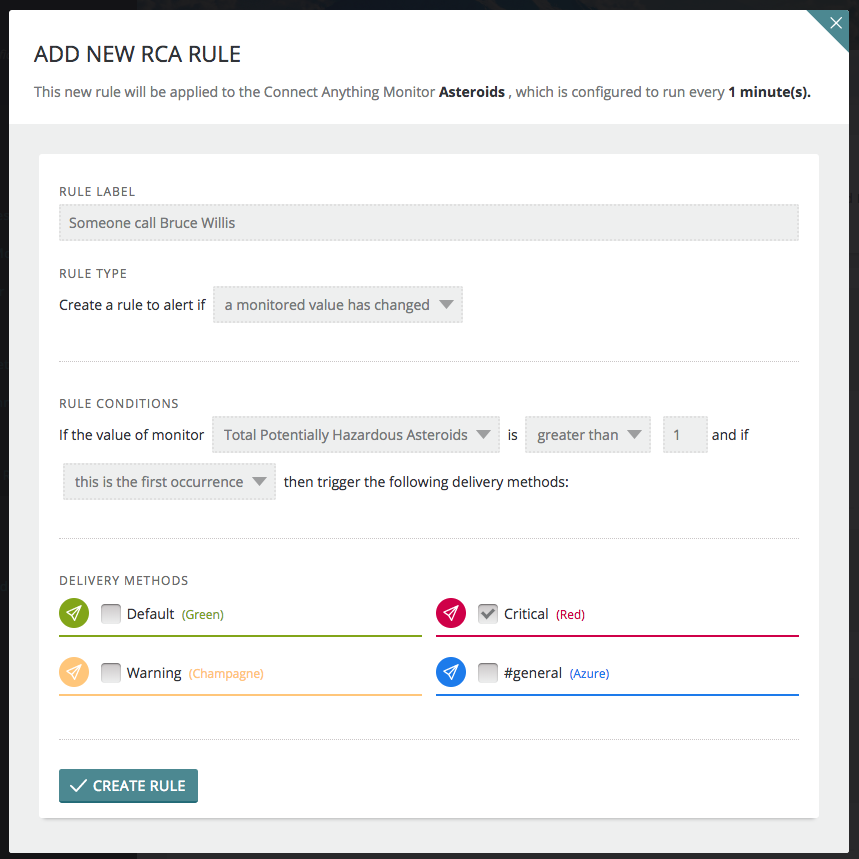 RCA monitors are included on all of our plans and you can test them out for free by requesting a trial today. Hopefully you’ll find them as useful (and fun) as us!

Are you a developer?

Try RapidSpike on a free trial – no obligation, no credit card required. We think you’ll love it.

Ready to get started with RapidSpike? Let’s Go!